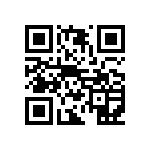 
Description :
Kemuning Utama is a freehold self-contained township comprising a mixed of residential and commercial developments that spread over 524.7 acres of land. It is a development by Paramount Corporation. It is adjacent to the established Kota Kemuning, Bukit Rimau and Alam Impian.

Among residential developments in Kemuning Utama are Damai Residences, Indah Residences, Prima Impian, and Indah Elite. And future launches by the developer are condominium and apartment developments.

All projects are launched and developed in several phases. All residences (except low cost apartment) within Kemuning Utama are gated and guarded residential neighborhoods. Each neighborhood is equipped with its own park, walkways and 24-hour guarded entrances. The security features include guard patrol, perimeter fencing, cul-de sacs at every street, touch access card at the guard house and CCTV surveillance.

In addition, there are private parks which are only open for residents that host reflexology, cycling and jogging paths, game courts, exercise stations, gazebos and childrens playgrounds. Also, Kemuning Utama is furnished with basic amenities including primary (SRJK Tamil Ladang Emerald) and secondary schools (proposed as a private Chinese secondary school).


Most buyers are happy with their purchases on Kemuning Utama. One of the main reasons is that the prices launched by the developer are affordable and reasonable compared to other townships within nearby areas. Besides that, aplenty people admitted that they like the design and layout which they find practical and nice.

They also love the idea of residential township within a gated and guarded community, but do not cost them a bomb. Due to these factors, one will find that all the houses launched by the developer within Kemuning Utama are sold within days.

Paramount Property Development is a wholly-owned subsidiary of Paramount Corporation. The parent company has over 25 years of experience in the property development. Among the company's previous developments is Bandar Laguna Merbok in Kedah which was awarded Best Residential Development at FIABCI Malaysia Award of Distinction 2004.
LOCATION